“ATTENTION: PLEASE refrain from using anti-semitic language when expressing support for Palestine and Palestinians. It is ABSOLUTELY unacceptable and I will call you out on it. The Palestinian cause invites ALL who stand for justice and equality and all who want to be on the right side of history including American Jews. They have been some of our closest and most loyal allies and the last thing we need is to alienate people by using the same tactics and hateful rhetoric that is used against us. Let’s learn from history. Stay focused, stay principled – your cause is pure, your cause is just. No need to contaminate it with misguided hate.” 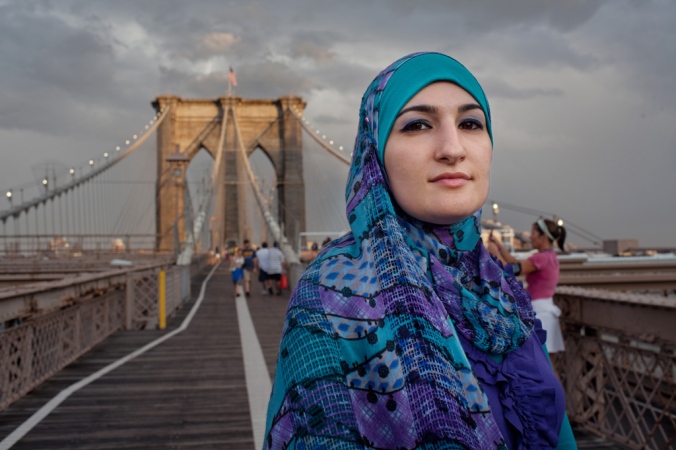 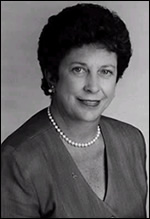 “I think Mitt Romney is a nice man, but I’m afraid of his Mormon faith. [At least] it’s better than a Muslim.”

Newt Gingrich helpfully informed the confused world that there need be no more concern about the Palestinians displaced and mistreated by the Israeli state, because Palestinians don’t exist.

Remember, there was no Palestine existing as a state. It was part of the Ottoman Empire. We’ve had an invented Palestinian people, who are in fact Arabs, and were historically part of the Arab community. And they had a chance to go many places.

He went ahead and renamed these 11 million non-people, “a group of terrorists that are firing missiles every day.”

Somebody go tell all those confused fake Palestinians with their totally fake grievances! My Palestinian friends are going to be pretty surprised to hear that they don’t exist, but that they nevertheless spend their days firing missiles!

Fun fact: Israel as a state didn’t exist until 1948. Does this mean that Israelis are an “invented people” too?

In related news, The Learning Channel (TLC) is running a reality show about 5 Muslim families in Michigan called “All-American Muslim”. EVERYBODY PANIC!

The Florida Family Association, for one, is panicking.

The Learning Channel’s new show All-American Muslim is propaganda clearly designed to counter legitimate and present-day concerns about many Muslims who are advancing Islamic fundamentalism and Sharia law. The show profiles only Muslims that appear to be ordinary folks while excluding many Islamic believers whose agenda poses a clear and present danger to liberties and traditional values that the majority of Americans cherish.

Wow. They don’t even address how many of the people featured on the show don’t even exist, because of their fake Palestinian roots.

The FFA has started a boycott campaign to erase this threat of tolerance and diversity from television. Lowe’s has enthusiastically jumped on board, saying that “there are certain programs that do not meet Lowe’s advertising guidelines, including the show you [the FFA] brought to our attention.”

I would love to hear a more thorough explanation of exactly why that is. No really. I’m sure it would be fascinating.

The FFA kindly provides a list of companies that have dared to continue advertising, even after they were warned that the show depicts MUSLIMS. I recommend taking time out of your day to support those companies or send them a note of thanks.

Assess the danger level yourself:

1. Claim you used to be a MUSLIM TERRORIST and blew stuff up.

2. Claim you then converted to Christianity. (A peaceful religion with no terrorists.)

3. Invite people to pay you to hate on Islam.

What is going on people? There is too much haterade being served up these days, and it is getting rather hard to handle, so I’m going to have to ask you to tone it down.

Two men have been arraigned on hate charges after allegedly beating an Imam, calling him a “camel jockey” and throwing his religious head covering onto the subway tracks early Wednesday morning.

The controversy started this summer as the Islamic Center of Temecula Valley moved ahead with plans to build a 25,000-square-foot mosque on a plot of land the group owns. The proposal stirred hostility with some residents because of fears the mosque would attract Islamic extremists.

Right, the muslims are the extremists here. I guess my irrational woman-brain just can’t comprehend your amazing feats of logic.

Crap loads of interesting stuff going on in this here world:

Acting Like Native Americans Is a Cult German Hobby.

Canadian Christianists Oppressed by the Teaching of Religion in Public Schools. Don’t worry, that doesn’t make sense to me either. Essentially, it appears they are angry their children are learning that religious besides Christianity exist.

Baptist Preacher Says of Gays: “I Hope You Get Brain Cancer”.

Actress Openly Discusses Her Schizophrenia. I think it is awesome she wants to be public about her mental condition. Yay!

Islamophobia Claims a Life in London. The elderly Ekram Haque was killed by a gang of whites in front of his 3-year-old granddaughter.

The Wall Street Journal kindly reminds us that Christians are terribly, terribly oppressed in America. And are totally not the dominate majority who enjoy state privileges that non-Christians could never dream of.

Isn’t it great that France is so enlightened, and such a champion of women’s rights, that its government has begun to specifically target Muslim women for state harassment?

Isn’t that neat? Maybe, if we’re all lucky, they’ll have a “democratic” vote so that the white majority can decide which pieces of clothing to ban from the Muslim minority.

We have French Urban Regeneration Minister Fadela Amara, herself Muslim, saying that she is “in favour of the burka not existing in my country”. Perhaps she will soon take the path of Ayaan Hirsi Ali, a Muslim-turned-atheist, who’s popularity in European and American conservative circles seems more fueled by Islamophobia than by anything else.

Ali once said, “The whole idea is for 1.2-1.5 billion [Muslim] people living in the world to start thinking, at least, I mean exercising some sort of intellectual activity, which we haven’t been doing…”

But Amara’s statements about burka-banning are not all.

Now it appears that the burkini, a swimsuit that is loose-fitting and covers everything but the face, hands and feet, is also a threat to enlightened France.

Here’s a bit from an LA Times article about a woman banned from a swimming pool in Emerainville that is really, well, astounding:

Emerainville’s mayor and the pool management contend that the burkini ban was invoked strictly because of hygiene concerns, just as shorts, rather than Speedos, are not allowed, because they can be worn outside the pool area.

“This has nothing to do with Islam,” Mayor Alain Kelyor told Le Parisien, “because the pool rules prohibit swimming while dressed.

“Besides, Islamic bathing suits don’t exist in the Koran,” he concluded.

Nice one Mayor Kelyor! But if that isn’t islamophobic enough for you….

“This is the tip of the fundamentalist iceberg,” National Assembly member Andre Gerin said of the burkini issue, which he claims is part of a “larger national problem” of growing Islamic extremism in France. Wearing the garment in public is a “clear provocation” and “ridiculous,” while helping “undo years of progress toward equal rights for women.”

Can’t we just burn them as witches already? ARRRG.

Here’s what the offending woman, identified only as Carole, has to say: “My only battle is simply to be able to swim with my children in a pool.” Oh, the evils of Islam! The witch Muslim woman has spawned! THEY ARE TRYING TO OUTBREED WHITES!

I’ve already written a careful explanation of why I hold these opinions on burkas, in a previous post where I outline 10 Reasons a French Burka Ban Is Wrong.

Please add to this discussion. However, please do not assume that I know nothing about Islam, women’s oppression in the name of Islam, or what a burka is. Read my 10 Reasons post to get a better idea of my stance.